If poetry worked like football, would the same names be at the top? Which poets would win the Premier League and who would forever be battling relegation?

Today is the start of the Premier League’s new season – football’s rich and powerful once again compete to lift the trophy and take the huge spoils. Of course we just had the Women’s European Championships, and England’s Lionesses emerged victorious. The England team won because sport is clear cut.

Everybody knows who the top teams in the world of football are because the league system makes it clear – your place in the league relies on performance; success in the Arts is very different.

To be among the top names in literature, sculpture, music is difficult because success is not determined by results. Instead, the arts  work on subjectivity as well as talent, but also on the vagaries of time and place, who knows who and how the wind is blowing. The result of this for poetry  is that some poets miss out on the spotlight. A Poets’ League table would be chaotic, with some of the best struggling to avoid relegation in League One, while others somehow coast along, mid-table in the Premiership.

I imagine we can all name poets who we believe should be more widely known, or more importantly, more widely read. At the other end of the spectrum we can also name those whose work just does nothing for us, and yet their name is up there in metaphorical lights.

Of course the lack of clarity and the subjectivity is perhaps half the fun. After all, we have a good idea of who will be top of the Premier League next May, and the enjoyment of the game perhaps diminishes because of this. However, with poetry, nothing is quite so certain – we don’t know if the next poem we write will be any good, and much of the time we don’t even know if there will be a next poem. 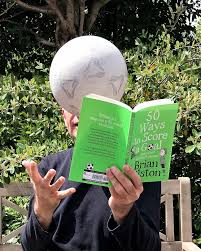 While you wait for the next poem to emerge (mine or yours), perhaps you can have a think of who deserves their place in the Poets’ Premier League, who needs to be relegated, and which of the lesser lights deserves a bigger crowd.